Painting is a wordless book of the heart. The insights of artistic creation lie in the”expression”of images, conveying not only the artist’s creativity but the surging emotions and thoughts in the world of his or her inner reflection.

As known as “ShiliWeifeng” (meaning “gentle breeze from afar”), Wang Chun-sheng was born in Beimen Township of Tainan County. When he was a child, he moved with his family to Kaohsiung. He excels at both watercolor and ink painting. His early ink painting works mostly depict the people and scenery in daily life and in the neighborhood, representing the atmosphere of what met his eyes as they were in natural lighting. From 1998 to 2004, he went to Taipei for higher education. Because of the changes in his mindset and surroundings, he started to focus more on the inner world of humans in his paintings, trying to seek meanings of life by exploring and representing the commonalities in human hearts and souls.

This exhibition mainly presents Wang’s works from 2008 to 2018 and three of his color ink paintings created from 1992 to 1994 and now collected by KMFA. The three paintings exemplify Wang’s representation of natural light in his earlier days of artistic creation. They serve as a starting point of the developmental trajectory of Wang’s art, reflecting how his paintings have evolved over a decade or so. In his way of painting, he intentionally infuses a sense of “suspense” into the atmosphere with the intention of giving viewers more space of imagination and inspiring them to come up with their own “interpretation” and “contemplation” of the subtle messages beyond the images and contexts in the paintings. There are two characteristics in Wang’s rhetoric of artistic creation. Firstly, in his paintings, there is a complementary relationship between ink and color, which allows the artist to consciously and subjectively reinterpret the objective colors of the depicted objects or scenery as part of his practice of art that reflects his inner world. Secondly, the overlapped and fragmented compositional arrangements and the visual illusions of spatial displacement and extension caused by the juxtaposition of multiple images in his paintings not only guide viewers into an inner world of obscurity and secrecy but also create a unique ink painting style for Wang.

From Wang’s concepts and works of color ink painting, we can see that he has been exploring his inner world by learning from nature and following the philosophical practice of inner reflection to represent the emotions, scenes, and contexts right in the moment of artistic creation based on his aesthetics centered on “humanity” either through his conversion of the traditional ink and color painting practice of “objective depiction” to his subjective interpretation with ink and color complementing each other or through his juxtaposition of different times, spaces, and perspectives to create visual experiences of multiple images. To conclude, his paintings are the artistic expression of his “clear heart and true nature”. 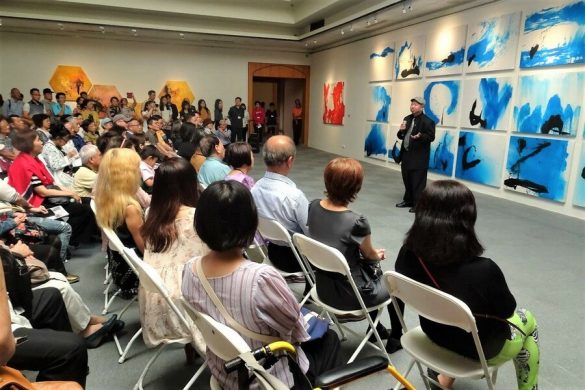 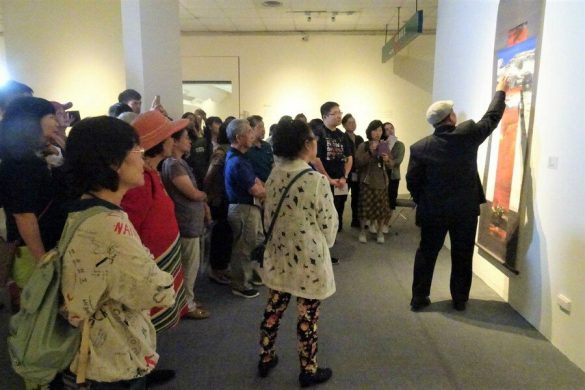 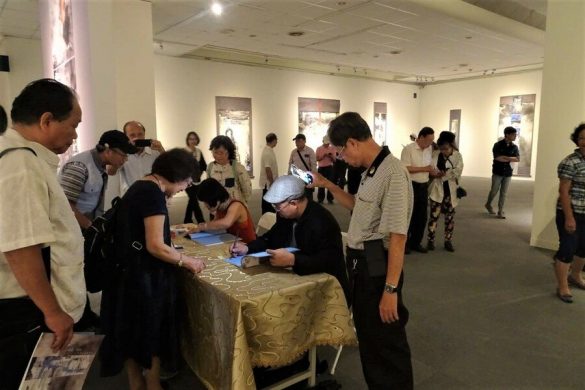 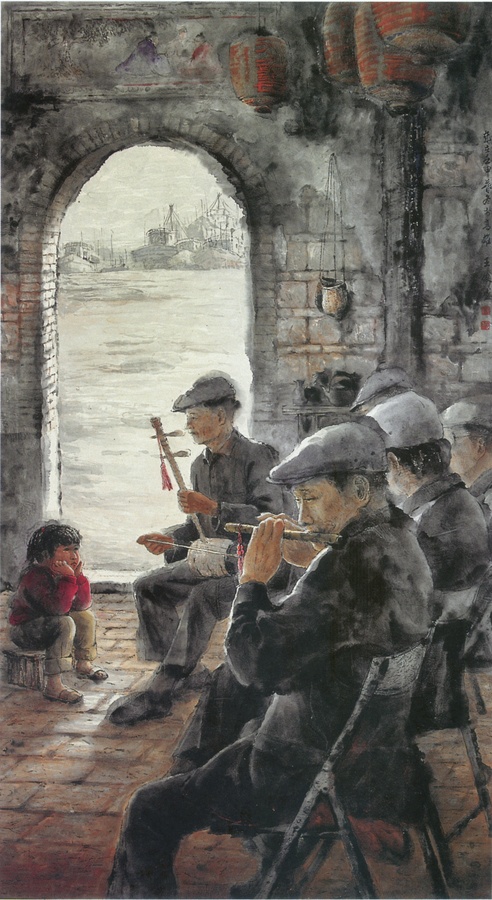 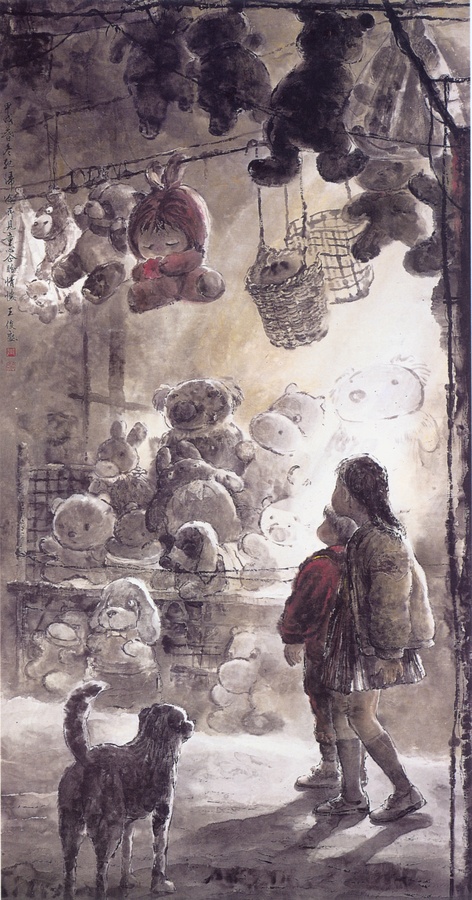 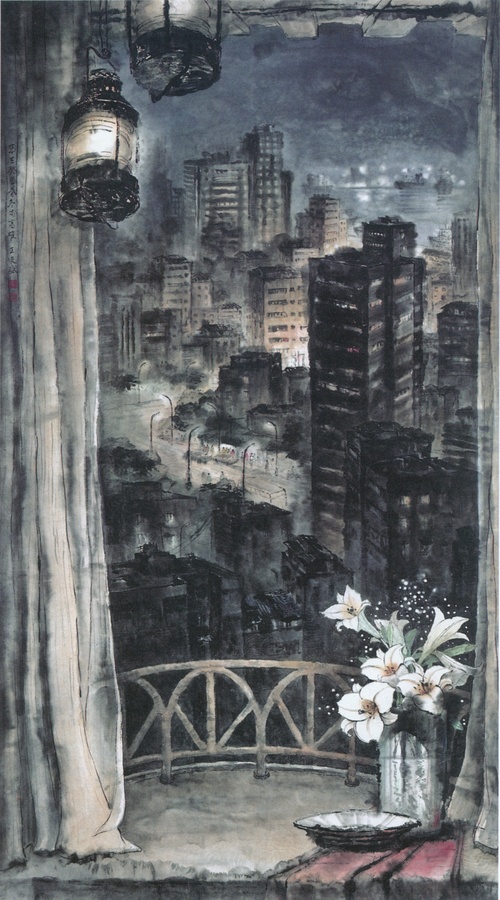 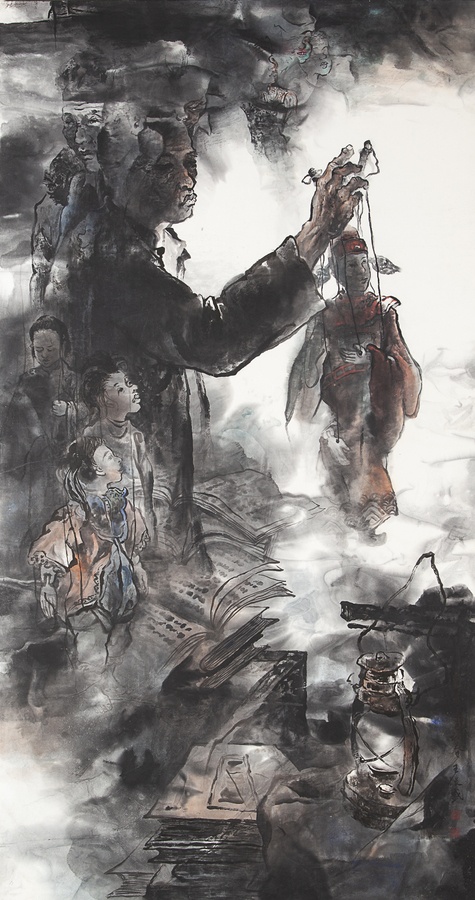 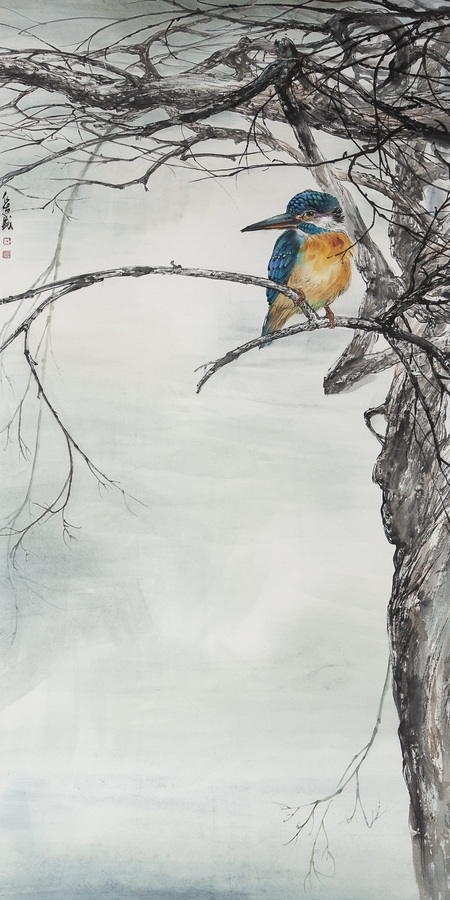 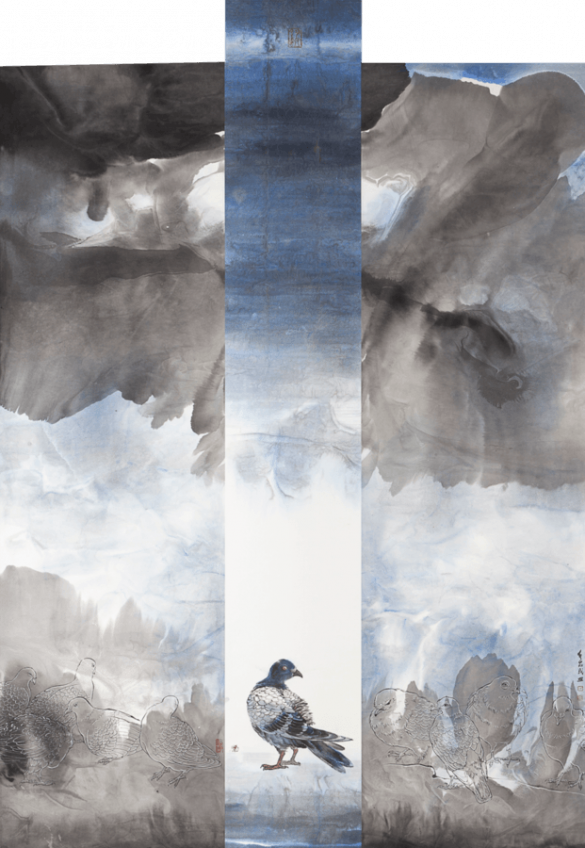 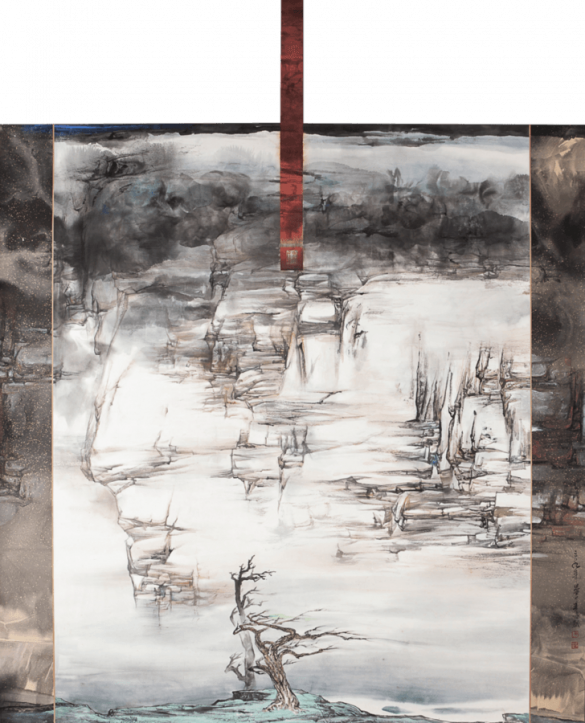 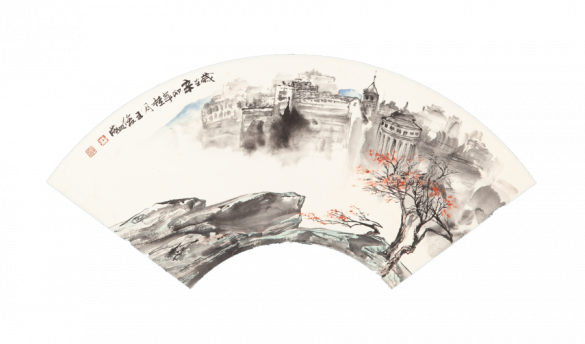 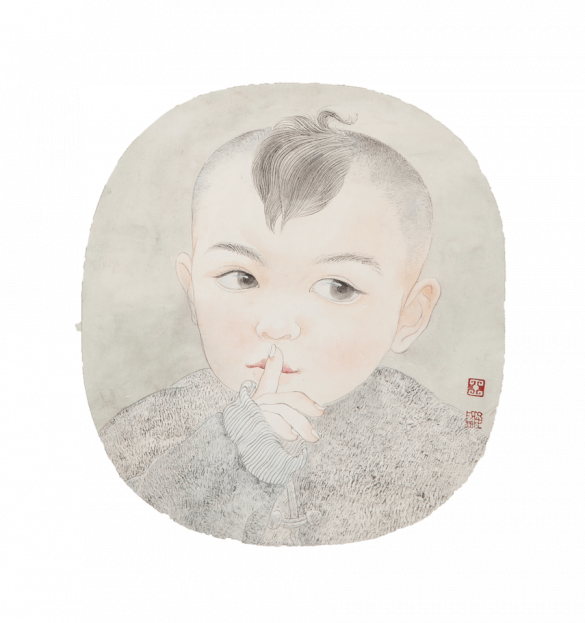 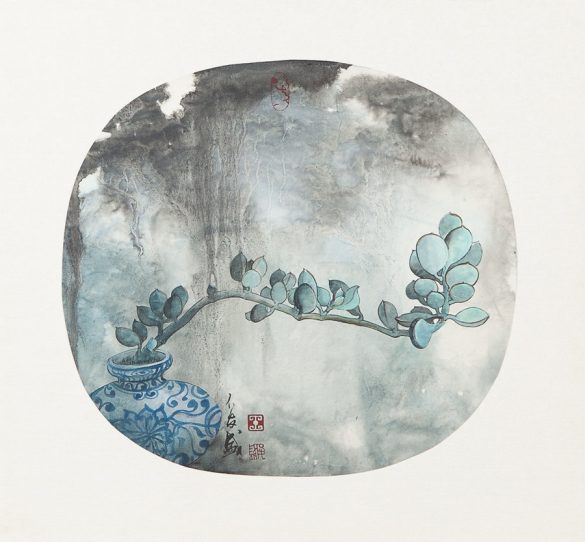 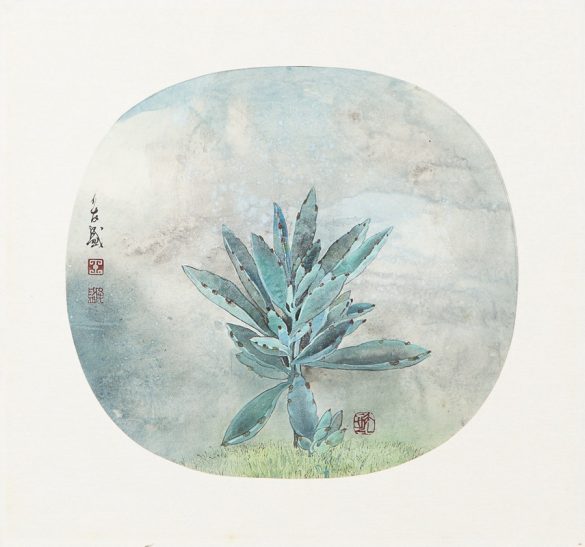 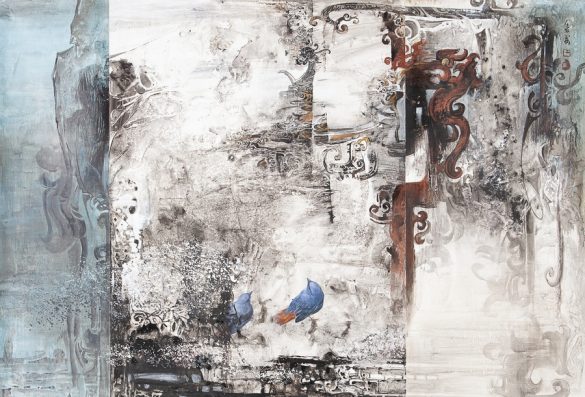 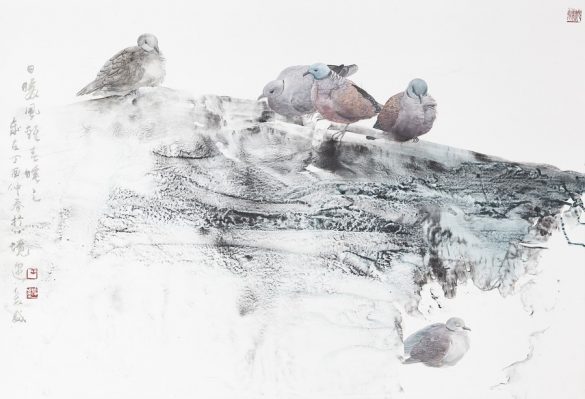 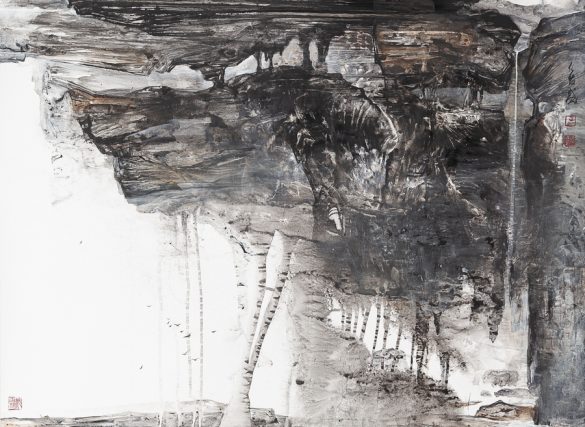 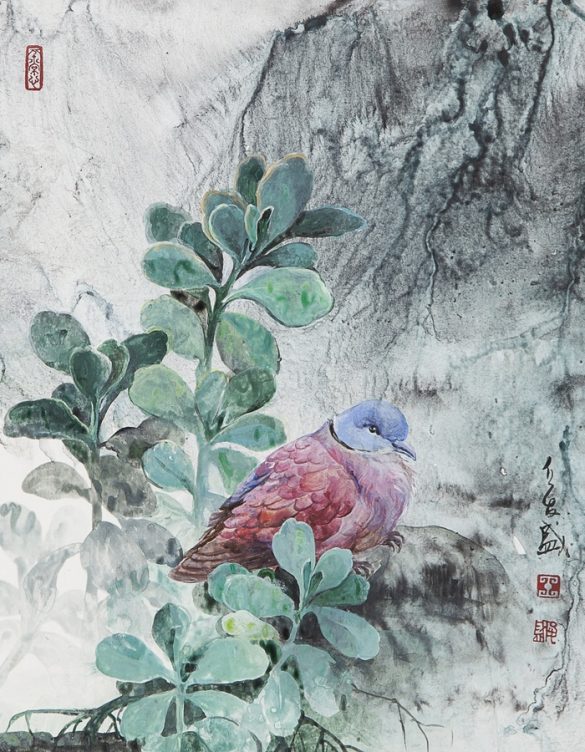 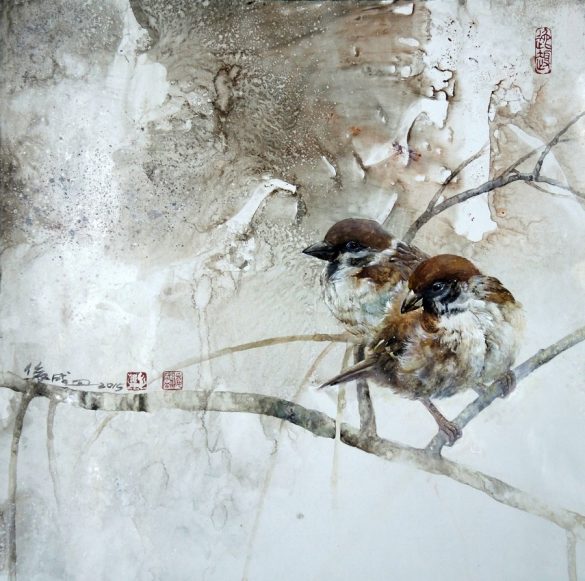 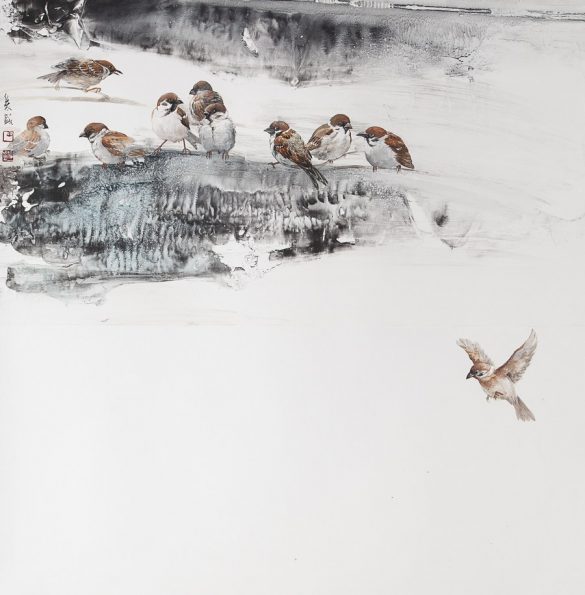 Rethinking the attitude to knitted products, in 2015