This theme of the exhibition is《Entering Peach blossom source》,which is an adjective, a journey of exploration. The aesthetic exploration of poetry, calligraphy and paintings. Explanation of the Chinese knowledge as the body, whethever East or western learning for … They are all self-cultivating cultures, and add new elements to the culture. The first gallery displays oil paintings ,I created in 2015~2019, dialogue with the poets of the admiring and western music masters, such as the [ River Flower Moon Night ], pay tribute to Zhang Ruoxu, [ Looking at the Lushan Waterfall ] ,pay tribute to Lee Bai, [ Fengqiao Night mooring], pay tribute to Zhang Ji . These were the integration of knowledge and action promoted by Wang Yangming, I completed the aesthetic culture of own oriental literary conception, and enriching the great traditional cultural connotation of the Chinese nation. In addition, [ The blue Danube ], pay tribute to John Sters, and [ Symphony of Destiny ] which work in the album, has not been hanged, pay tribute to Beethoven, creating inspiring music in the sorrowful age, still standing still and affecting people in all the world, also it’s a model of legacy love. I will present myself to the world with the realization of literature , the creation of music and the colorful & beautiful side, i putted the inner appreciation into the paintings, so that the viewer looking at the linearity and color of painting with the another kind of orientation. Come to appreciate, the multiple associations of literature and painting, music and painting. There is a straight work, which size is 120 F in the exhibition, [ The East will be rising ], pay tribute to Zao Wou-ki. I pay tribute to the great predecessors with this dialogue. In the 21st century, who stayed in the Western world to paint the oriental splendour. They shaped by the aesthetics of the East and stand on the West, thus enriching the great traditions of the Chinese nation. These are all explorers of《Entering Peach blossom source》,this theme also combination of many travels, the singing and depiction of the mountains and rivers, like entering the Grand Canyon of Zhangjiajie or leisurely between the early spring of Guilin and landscape of Yangshuo. I made the form of a tripartite work, I describe the poetry and paintings which within spectacular and spring rain, stand on waves of Mountain. By means of the intention of the pen, form of proceeding by now, and expressed the abstract & the semi-image.

I show my colorful ink works and calligraphy poetry works In the second gallery , all the works collected in the albums and published in exhibition at the same time. 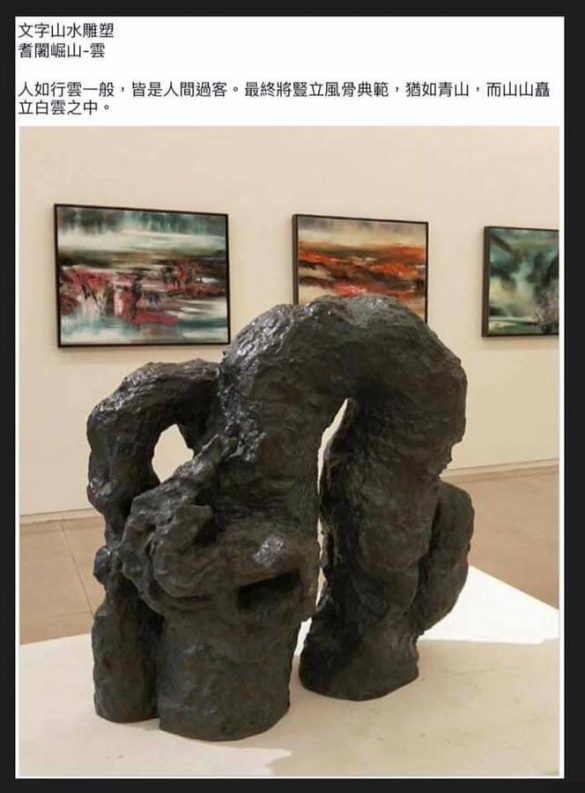 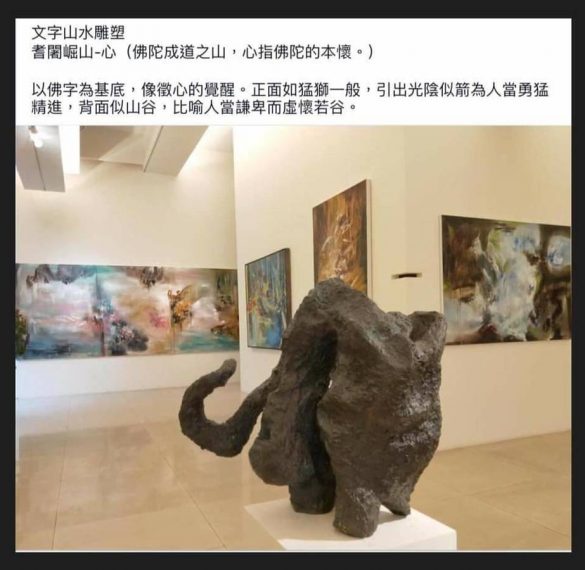 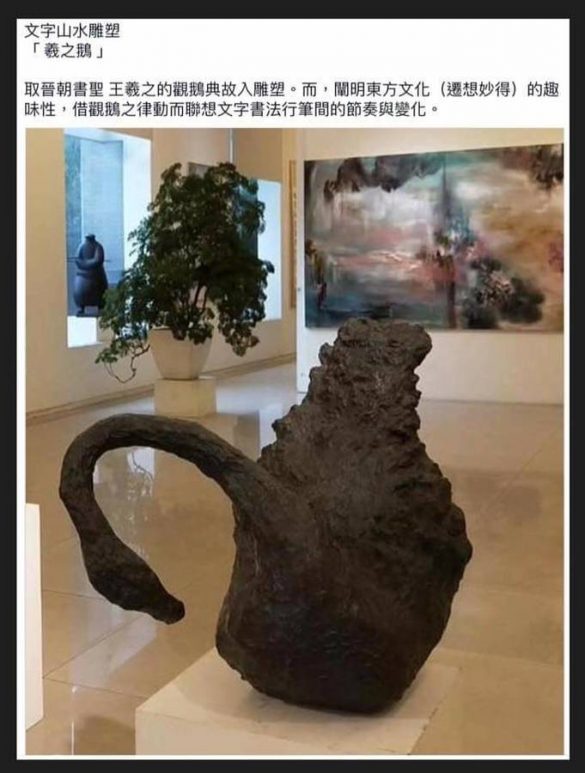