The ancient capital of Tainan, with its profound cultural heritage, has recently shown the rich and diverse artistic heritage of the city because of the opening of the Tainan Art Museum. The local characteristics of Tainan’s artistic atmosphere was building on many early artists who actively promoted the development of Tainan’s artists. In order to thank the late famous painter Professor Kuo,Po-Chuan for proposing the concept of setting up an art gallery in Tainan 66 years ago, the Tainan Art Museum specially planned the ” The Transparent Local color —

Professor Kuo,Po-Chuan was born in Tainan and went to Japan to study. He was be the first Taiwanese painter teacher at the Beiping Art Academy. He has traveled to Tainan, Taipei, Tokyo, Manchuria and Beijing. His works are beautiful, and he has created a rich East Asia. Cross-cultural color. After returning to Taiwan after the war, Professor Kuo,Po-Chuan founded the Tainan Art Research Association in 1952, and advocated the establishment of the Tainan Art Museum and actively ran away. Through the teaching and organization of Kuo,Po-Chuan, the exchanges between the art circles and artists from all over the Tainan were promoted to enhance the creative atmosphere and connotation of the southern art circles. He is not only the enlightener of art education, the pioneer of art groups, but also the forerunner of art museums.

A clear-cut “transparency” and “local color”, and a glimpse of Kuo,Po-Chuan in different periods

This exhibition is the first academic exhibition of Kuo,Po-Chuan’s return to his hometown after his death, and is also a retrospective exhibition organized by the Tainan Art Museum for the local art pioneer. Considering the multiple cultural displacements and crossings of the artist’s own life experience, as well as the exhibition space of the Tainan Art Museum 2, ” The transparent local color” surrounds two distinctive painting features of Kuo,Po-Chuan,’s paintings, “transparent” and “local color”. Because the painter once traversed in different regions, shaped a special view of the different Tainan local painters in his later years,. This transparent local color is not simply a reproduction, but a trajectory of spiritual connotation for a long time.

Kuo,Po-Chuan ‘s retrospectives attempt to interpret the development and characteristics of his creative process from the perspectives of “quality”, “rhyme”, “potential” and “truth”, depending on the theme and time. Explore the works of painters from Tainan, Taipei, and Tokyo in the “quality”; travel from Tokyo, Manchuria, and Beijing to experience the artist’s pursuit of “rhyme”; see him through the scenery of Kuo,Po-Chuan’s Beijing to Taiwan in the “potential”. The pioneering; and the skill of his return to the “real” after his refining. Finally, the exhibition also displays the contrast between paintings and artifacts, the restoration of the painter’s studio, and the trajectory of the artist’s life with old photographs.

In order to prepare for this exhibition, the Tainan Art Museum interviewed Kuo,Po-Chuan’s daughter Lois Kuo. She said at the press conference that her father’s wish to set up an art museum in Tainan more than 60 years ago ,it was finally realized. She felt very happy and grateful. In addition, this exhibition invites Jiang Boxin, an assistant professor of the Department of Art History at the National Tainan University of the Arts, to serve as the curator. He is also the director of the Taiwan Art Archives Center and the editor of the Art View ACT. He has worked on the artist Kuo,Po-Chuan. In-depth study, it took three years to plan and implement this exhibition. Professor Jiang Boxin went to Beijing and Japan to conduct research and investigation, then integrated and provided many relevant articles of Kuo,Po-Chuan.

Curator Jiang Boxin said that this review of Kuo,Po-Chuan ‘s retrospectives, in addition to affirming Kuo,Po-Chuan ‘s contribution to the artistic movements of creation, painting, teaching, etc., and highlighting the modern aesthetics and artistic creations of Kuo,Po-Chuan ‘s paintings, also hopes to display the Kuo,Po-Chuan literature archive. It shows its pioneering and leading position in the Tainan painting circles after the war, and interprets the cross-domain positioning of this top level artist in the history of Taiwan and East Asian art.

On the opening ceremony exhibition of the 29th morning , Executive Director Su Yuchang visited the Tainan Art Museum ,and others vip in the presence ,they are Mayor of Tainan City President of Tainan Huang, Wei-Che, Vice Minister of Culture Xiao Zonghuang, Chairman of the board of Tainan Art Museum Pavilion Huang, Kuan-Nan

, Honorary Chairman Chen Huidong, and Curator of Tainan Art Museum Pan, Fan. In addition to watching Kuo,Po-Chuan ‘s retrospective exhibition, Dean Su also visited the museum’s collection of themed exhibitions. The director of the Tainan Cultural Bureau, Ye Zeshan, said at the press conference that Mr. Kuo,Po-Chuan was a international artist born in Tainan, the establishment of the Tainan Art Museum and the retrospective exhibition of Kuo,Po-Chuan,he can feel the seeds of art have already sprouted in Tainan. 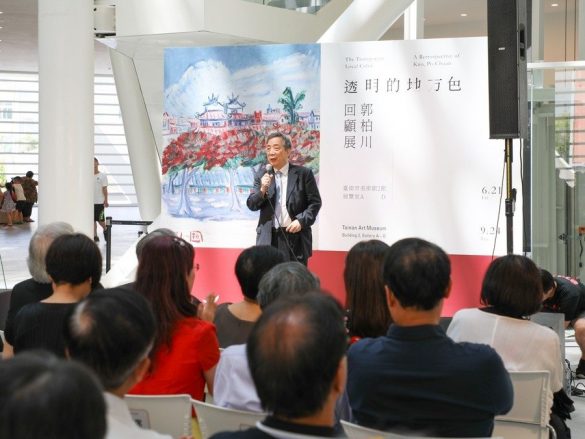 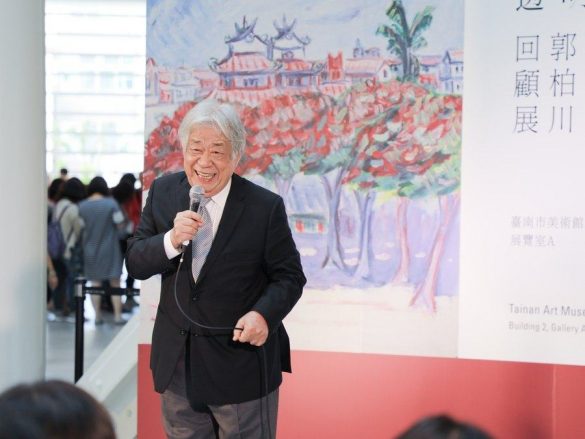 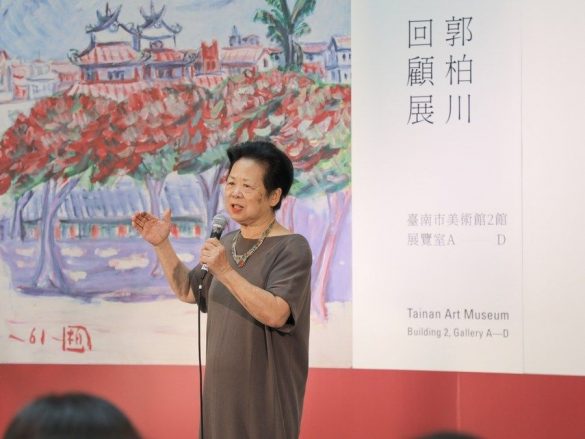 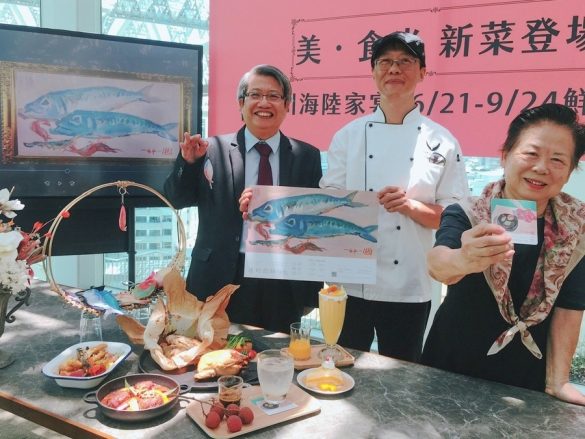 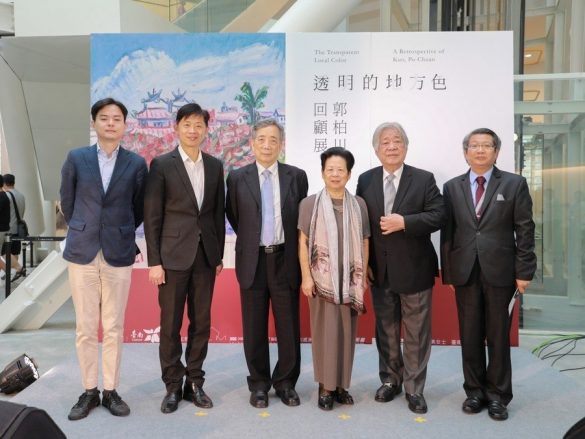 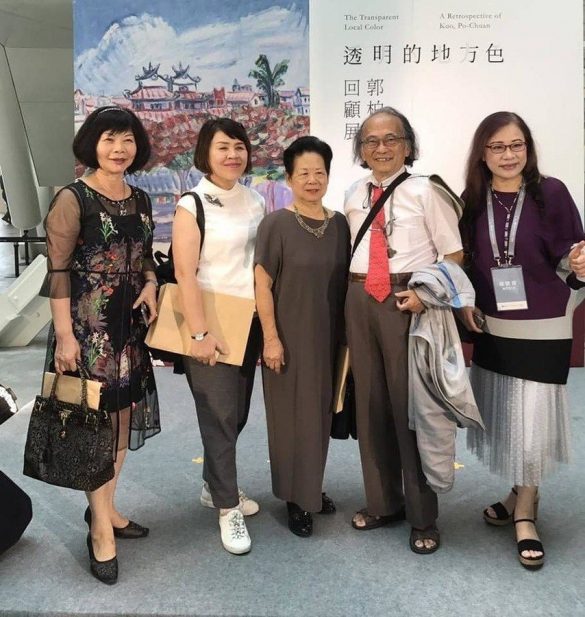 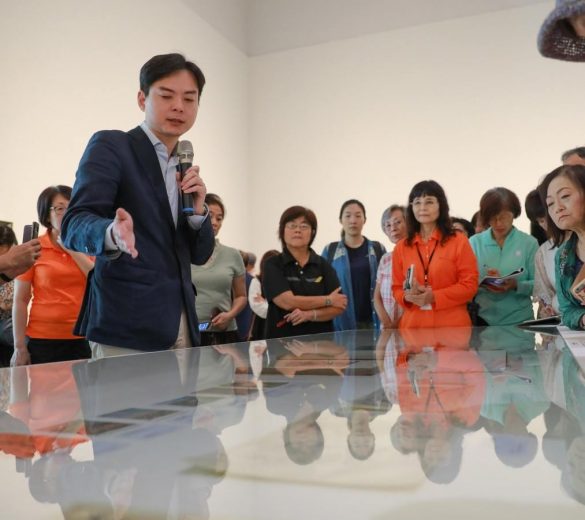 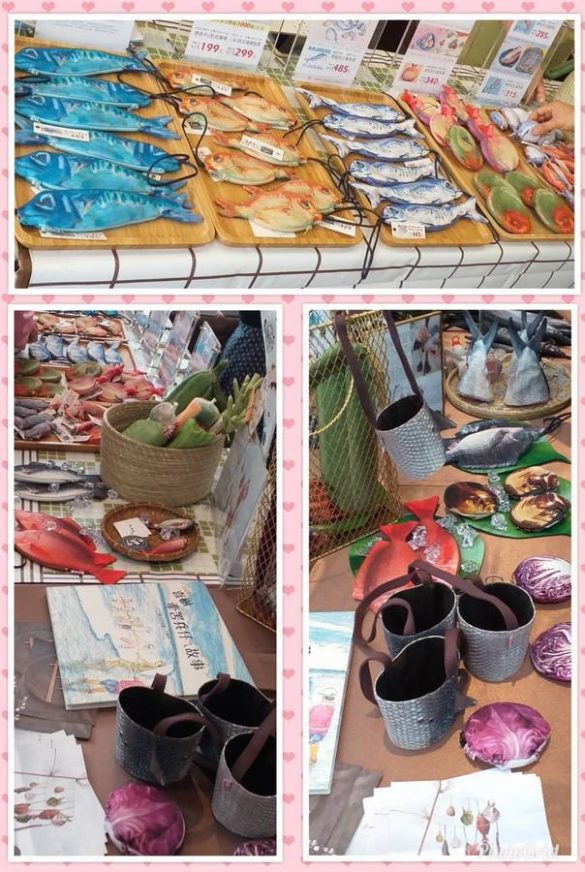 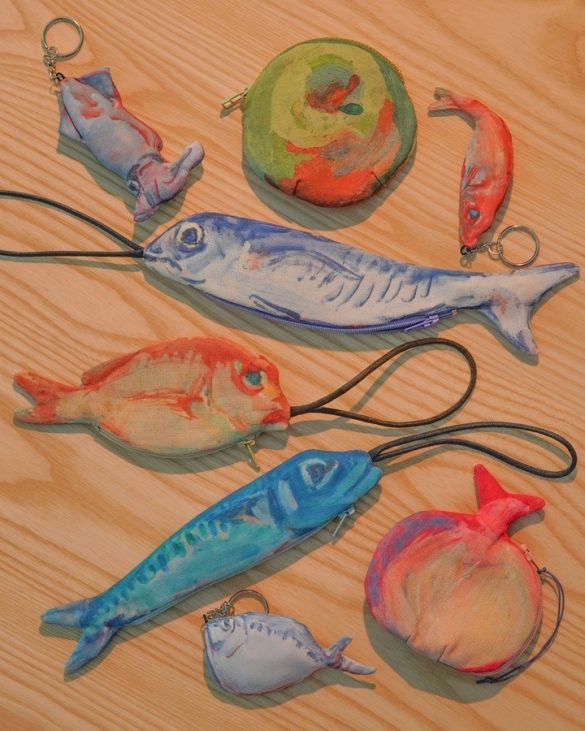 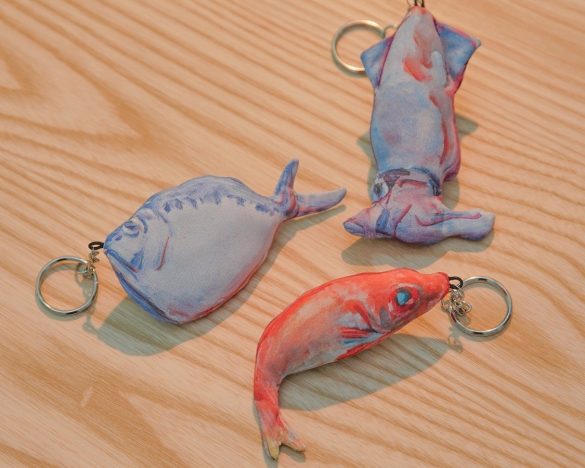 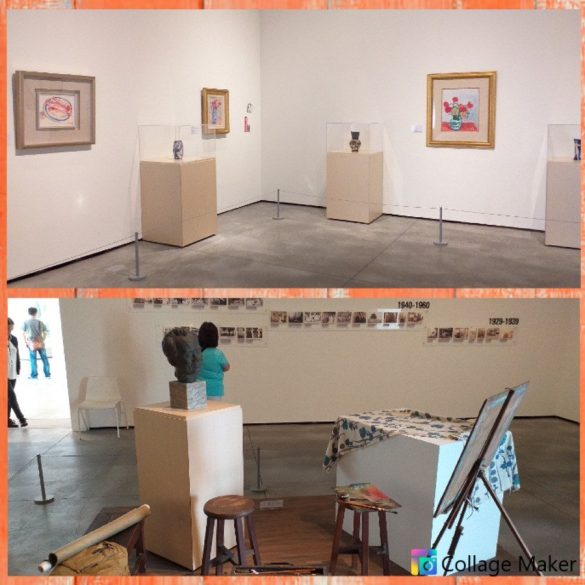 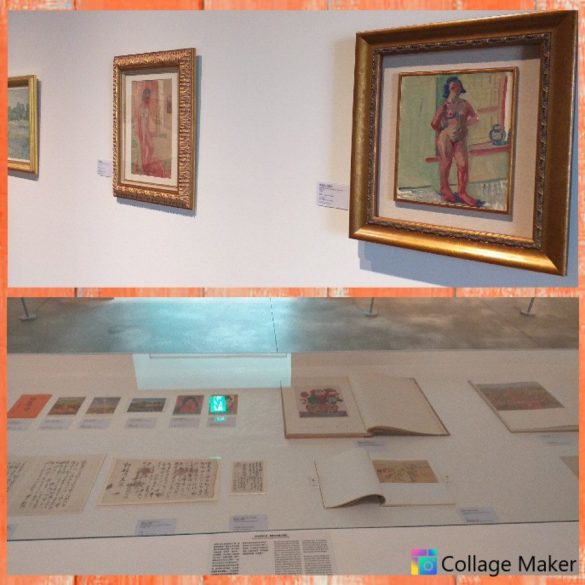 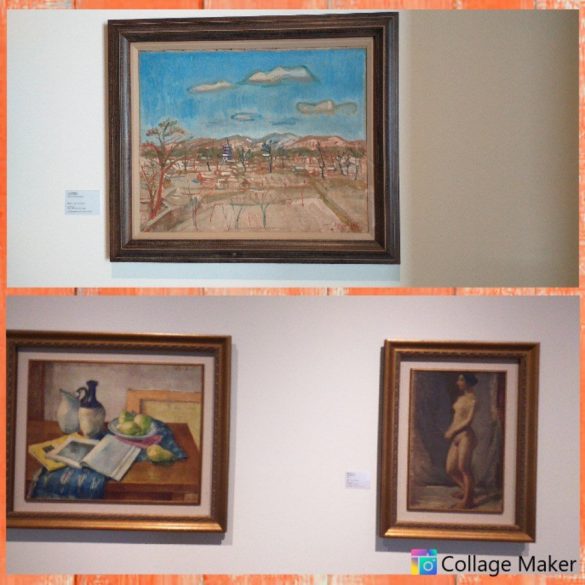 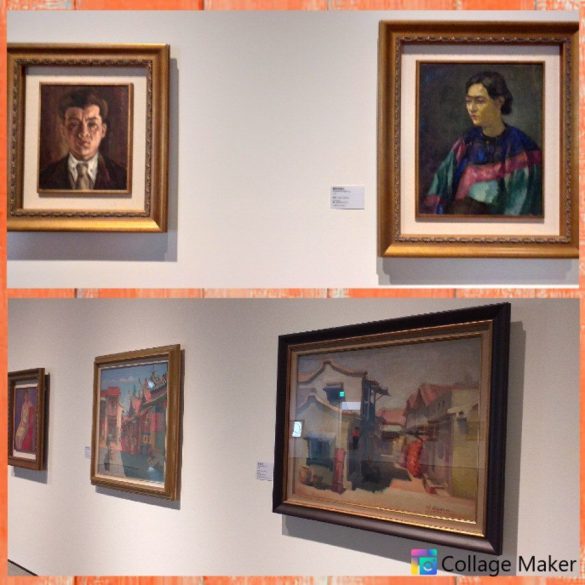 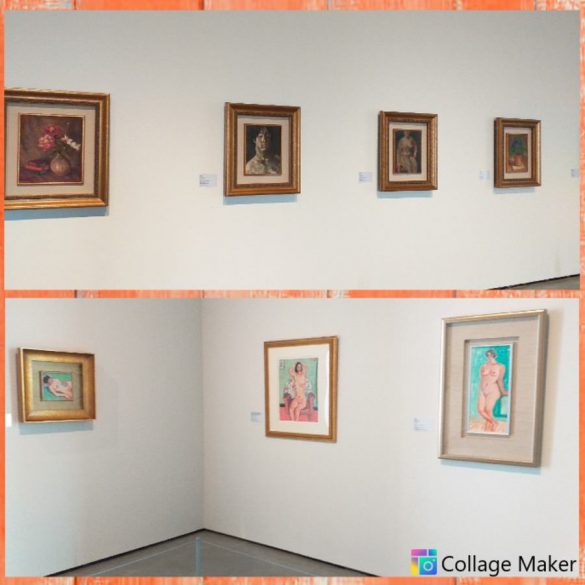 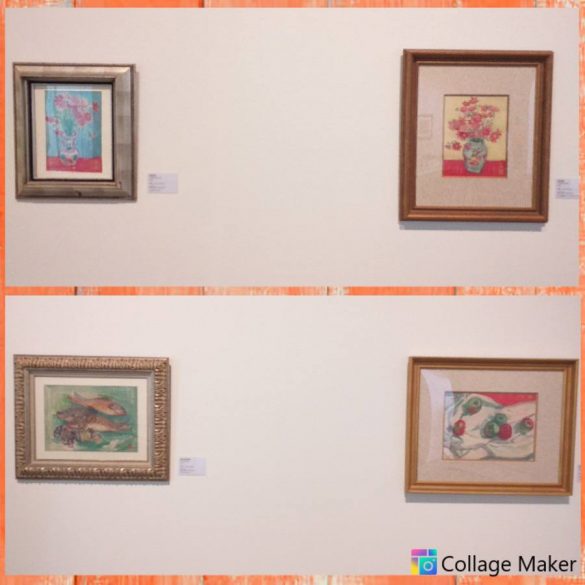 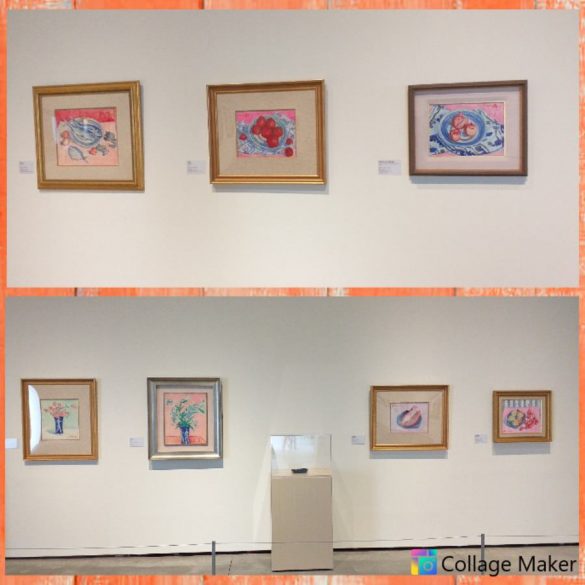 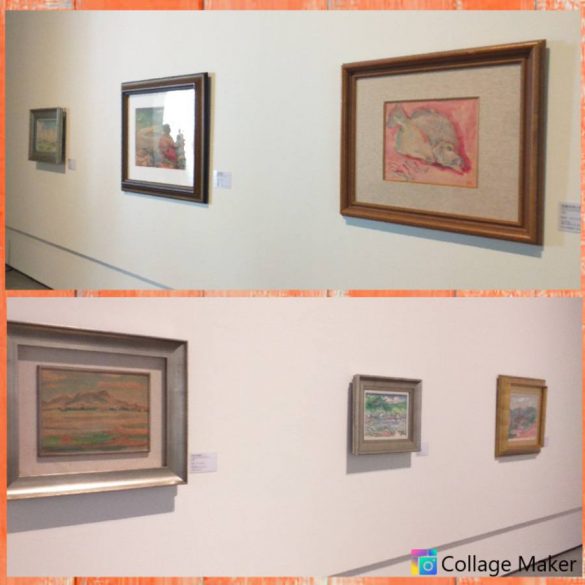 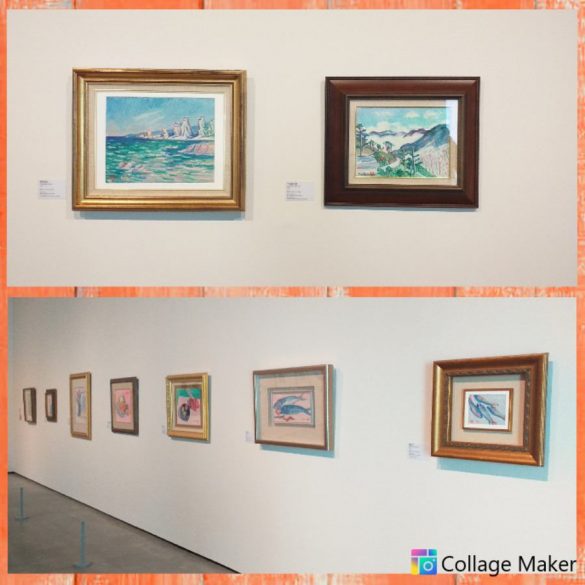 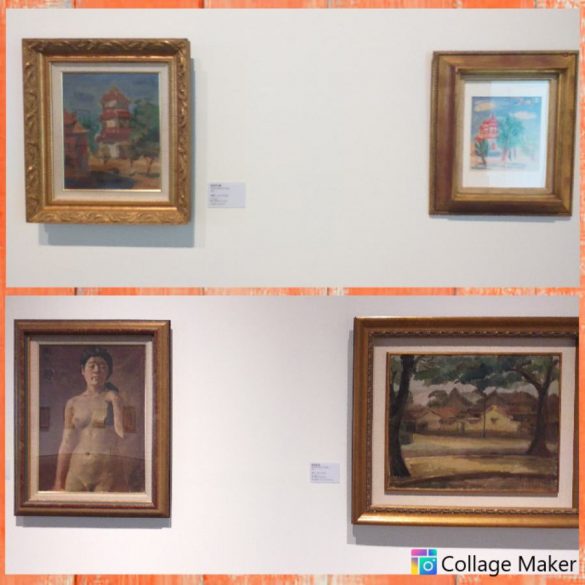 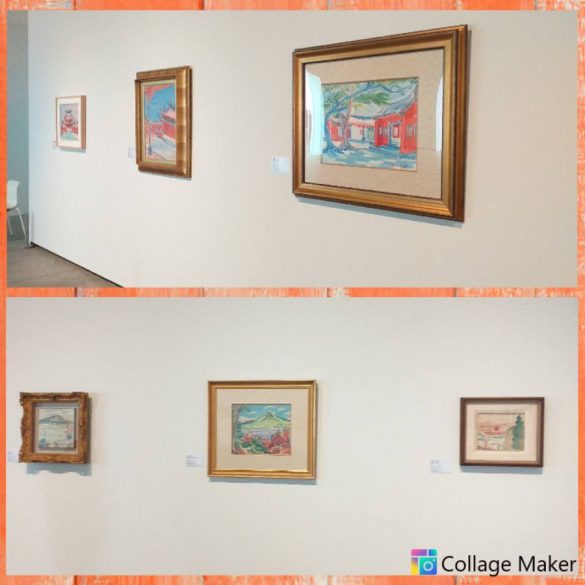