The exhibition hall of Chin Wu ‘s solo exhibition “Odyssey – Poetic Space” was held at 2:30 pm on June 29 in the museum 2F .
Different human cultures nourish arts with distinctive attributes, and, in the process of artistic development, yield depictive signals. Zao Wou-Ki ever stated: “Everybody is bound by tradition, and I have two.”
Reminiscent of my life experience, I feel that there were exactly two old traditions that kept myself restrained. First, my artistic enlightenment originated from my childhood and was well founded on Chinese painting and calligraphy. Second, I have ever lived overseas, including San Francisco, New York, and London, for more than a decade, enabling me to be deeply immersed in authentic western culture. Ever since, I have started to contemplate the interrelationship between my self-existence and artistic expression.

As a consequence, the series of my creation for “Odyssey” mainly employs the western media to interpret my inner oriental scenario and affection. As Jackson Pollock said, “I am nature.” In light of this, as I was involved in my creation, I viewed my body as a medium and let my subconscious feeling be revealed to the fullest, followed by connecting the power of outer world so that my body could turn out to be a physical body that could be loaded with power, just like the pen conducting its writing on the canvas. Only by doing this can I seek the authenticity of my inner heart, namely Odyssey, mingling my heart with the origin of the universe. Hence, my creative process can be referred to as an action, a performance and an intuitive performance on the canvas like the springing tableau of stream of consciousness. Based on a comprehensive perception upon my previous creations, ranging from seeking the balance of points, lines and surface inside the tableau, and that of colors and layers to the transition of cadence and the sense of speed, a facet of spiritual atmosphere was created. In other words, each piece of works corresponds to a universe of soul.

The content of “Odyssey” points directly at the current inner origin, immersing myself in the meditation of conscious and subconscious border, with the existence of the image of surrealism and the stream of lines of colors, and stepping into a focused space where time seems stagnant. I also engaged in putting down the record the trace left by the power of depicting life. Each piece of the works serves as each time slice of the author’s life, which is unique but the awakening awareness toward all the things in his life, experiencing all kinds of tastes of life, masks, roles, positive conviction, subconscious apprehension of darkness, perfection and completeness, which, whether distinguishable and ineffable, are the experience of transformation for inner mood. The entire series, by virtue of the accumulated images of oil paint, mixed media, and slight sprayed collage on the canvas featuring ample layers, freely delineates Chin Wu’s opulent artistic terminologies. 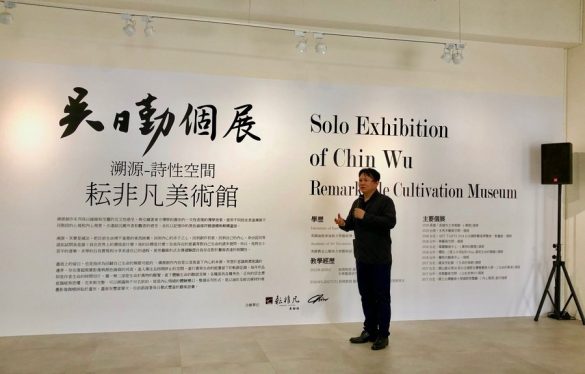 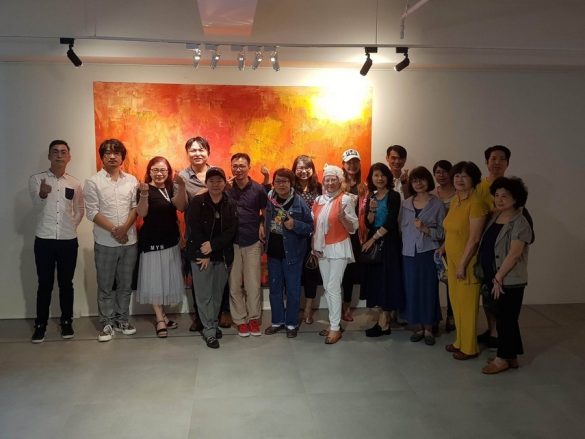 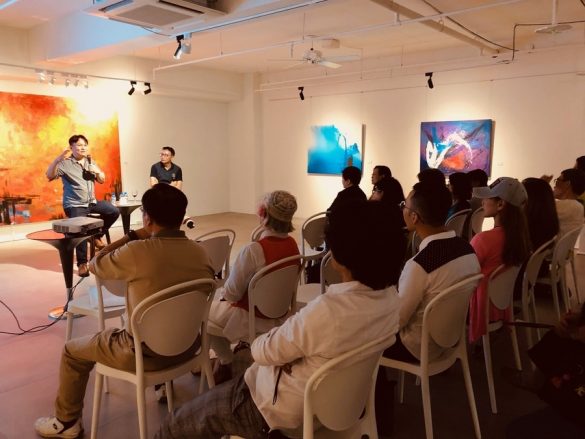 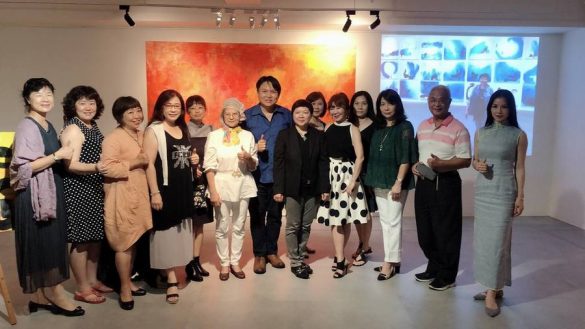 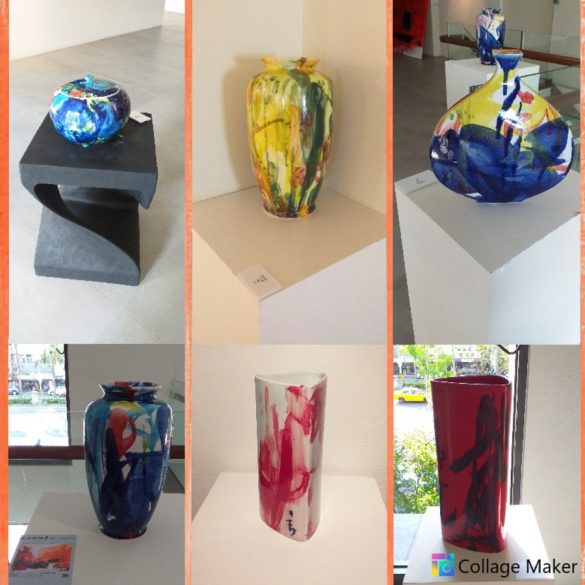