《Eyes On The Sky, Feet on The Ground》

《Eyes On The Sky, Feet on The Ground》
by Cheng Chien-Chang Creation Exhibition

The theme of Cheng Chien-Chang’s works centered around the “land,” which refers to not only the native land of the living but also the Land Deities, guardians in Heluo language. Cheng is concern and sentiment for the land include environmental considerations as well as historical and cultural reflections, which further refer to social and political critique. However, Cheng’s works always contain simple, mild, and constrained methods, qualities which reflect that artist’s temperament, determination, and persistence without exaggeration and deafening exhaustion.

Poeple and land, god and history, are one in Cheng Chien-Chang’s works, a universal state of coexistence and circulation. Sometimes, the fates of people are etched on the island; sometimes, the motionless god like a towering mountains. Poeple usually moving and cultivating between the lands, sometimes resembling the short life spans of ephemera, sometimes reminding us the eternal Tree of Life, new branches sprouting from the old, withered trunks, and transforming into dirt after death, nurturing new life and blooms. This cycle of life and the colossal wheel of history go on and on. In the works of Cheng Chien-Chang, we catch a glimpse of the sentiment towards the land, love for the people, forgiveness towards the past, and hope for a beautiful new world.

Cheng think about the land is an Original Spirit, while the Original Spirit enables perfection among all things. Chang cares about the land and contemplation towards life originated , since his early life experience in the city, he reflected on civilization and finally returned to nature and became an avid learner of history. Cheng read all the historical books and fiction of Taiwanese ancestors, understanding the difficult past of our forbearers as they cultivated the wildland, also understands the pressure from power and the struggles of life, which turn into caring, humorous, there is without resentment, resistance, and ridicule in his unique style. Cheng’s works inspire warmth, contemplation, serenity, and a peaceful state of spiritual.

Cheng Chien-Chang’s works merge folk legends and symbols, conveying mystical ideas of Animism and the cycle of life and death. However, Cheng is a devout Christian, and Christianity upholds land justice and people’s right to self-determination, which is often misunderstood as political paranoia. In fact, the of Cheng Chien- Chang’s the central belief of works manifestations with faith, hope, and love. 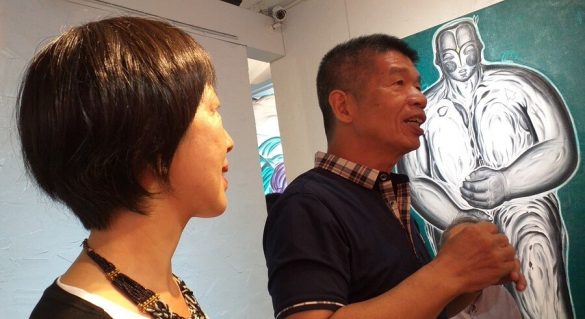 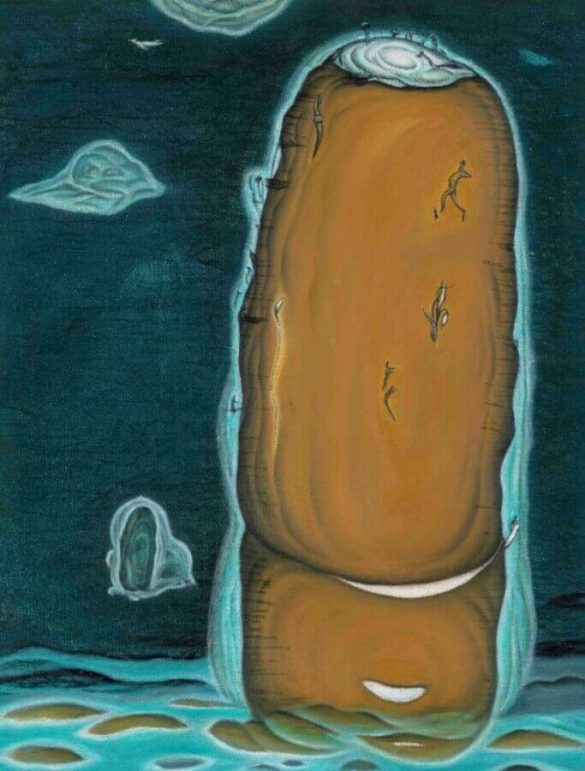