This exhibition aims to shed light on how Huang, in carving out a new path for Chinese traditional art, managed to bridge ancient and modern, fuse the essence of oriental and western art, and achieve the mission of inheriting from the past and initiating a new future. His persistence on innovation can serve as a model for later generations.

Huang elevating traditional handicraft batik into Modern art form while infusing it with new life.  In this way, Huang made an indelible contribution to the global development of batik art.

Huang featured the Dharma as his central motif through contemporary art forms. He had established his own style in depicting a hundred or more poses of Dharma. The goal is to make Zen painting more approachable for viewers with spiritual vibration and resonance, while also expressing the beauty of Zen culture and Zen philosophies to the world. He had invented a new style of Zen painting. Such works also offered an optimal interpretation and realized his desire to propagate Buddhist teachings.

The unique “Mental Imagery School of abstract painting technique” created by Huang broke with the tradition of painting lotuses on paper, preferring instead to use a special canvas, Western media and painting tools. He fused Eastern and Western painting techniques and media to create artworks with lotuses. He also utilized the rendering technique with its distinctive effect and ease of preservation to imbue lotus flowers with new meaning.

In his later years, Huang attempted to develop a new path for traditional ink painting by promoting “Oil-based Chinese Ink Painting”. He used Western materials, replacing paper with canvas and ink with oils, combining techniques from Eastern and Western painting to accelerate the introduction of Chinese ink painting to the wider world. 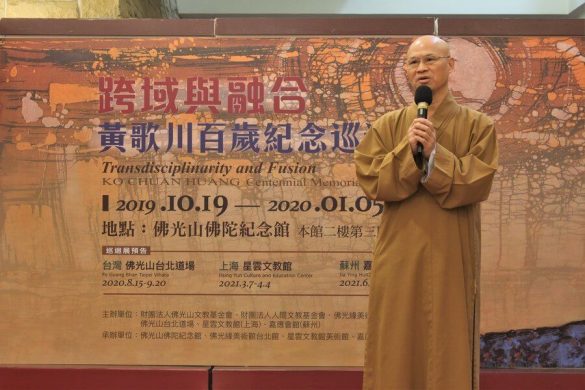 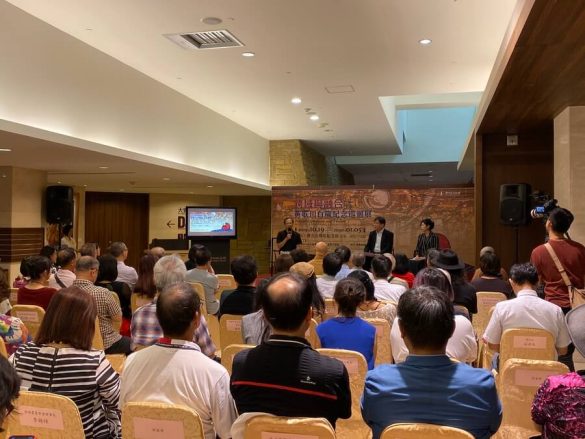 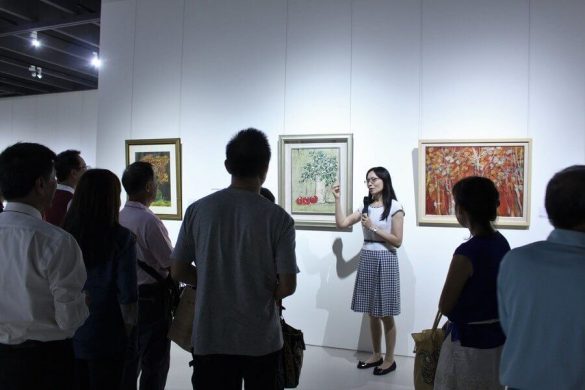 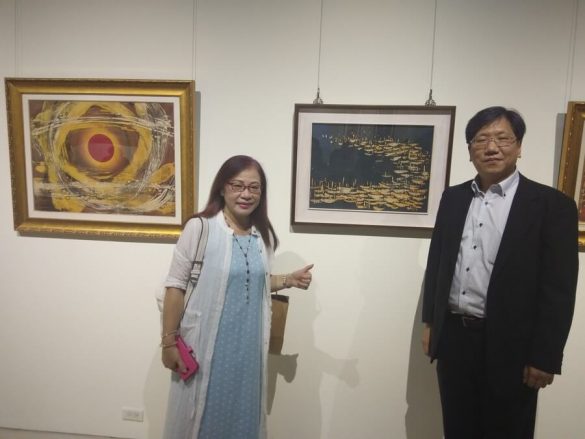 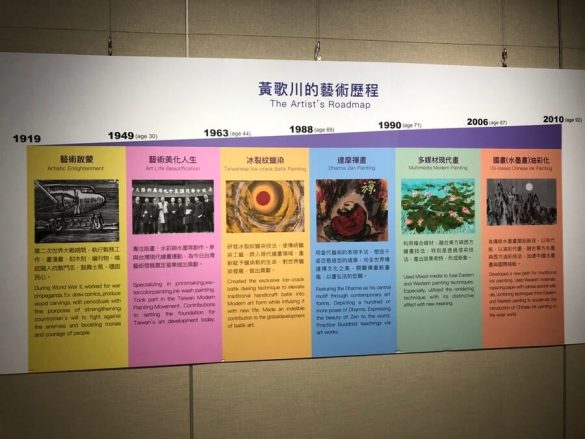 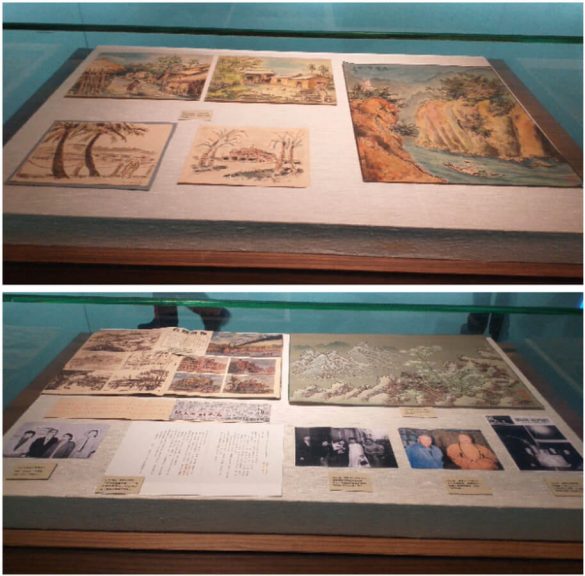 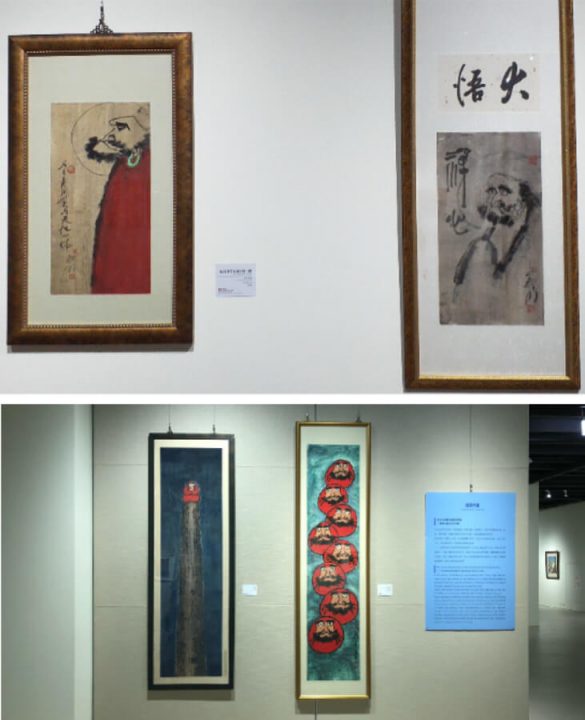 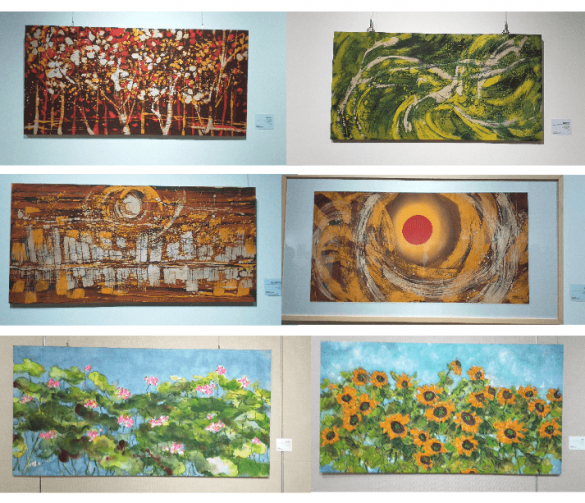 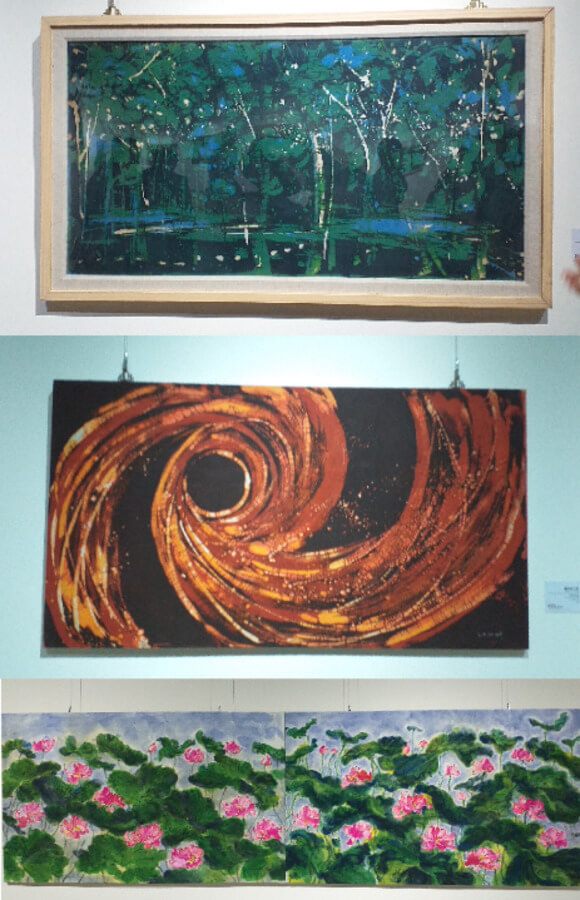 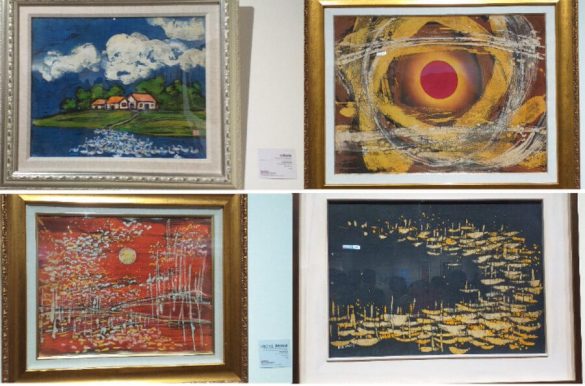 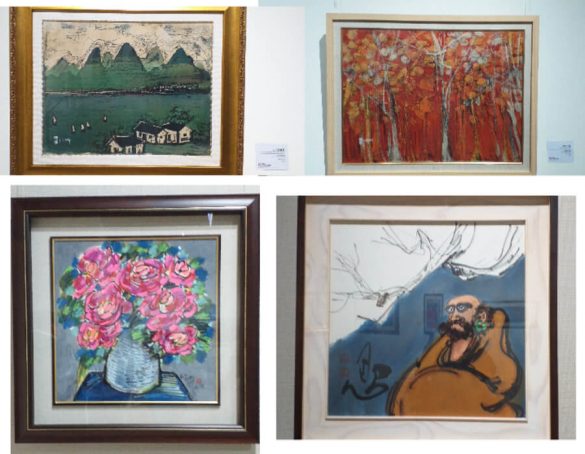 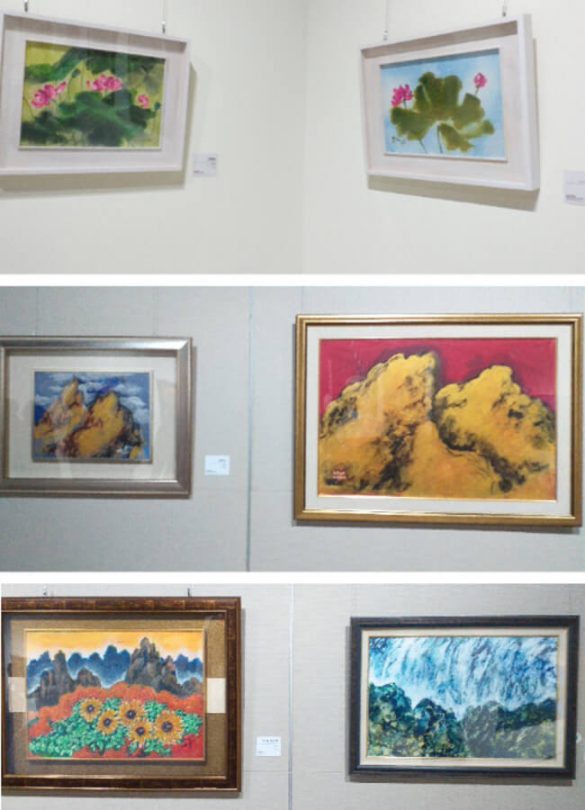 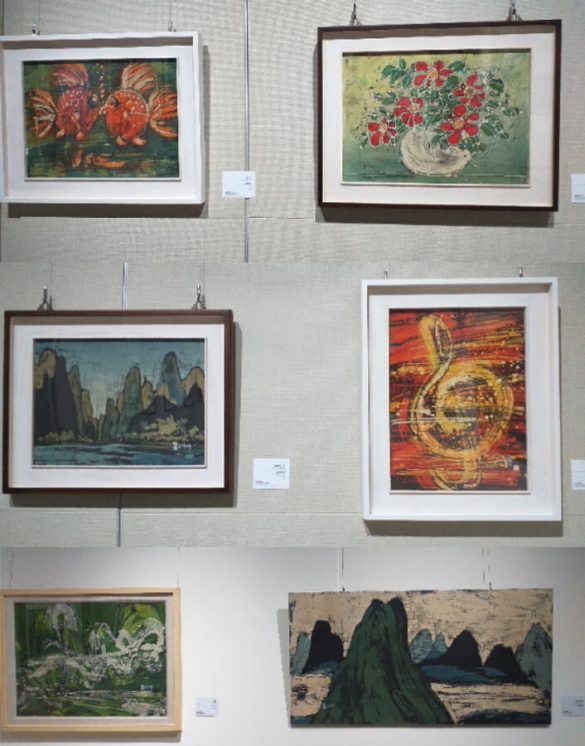 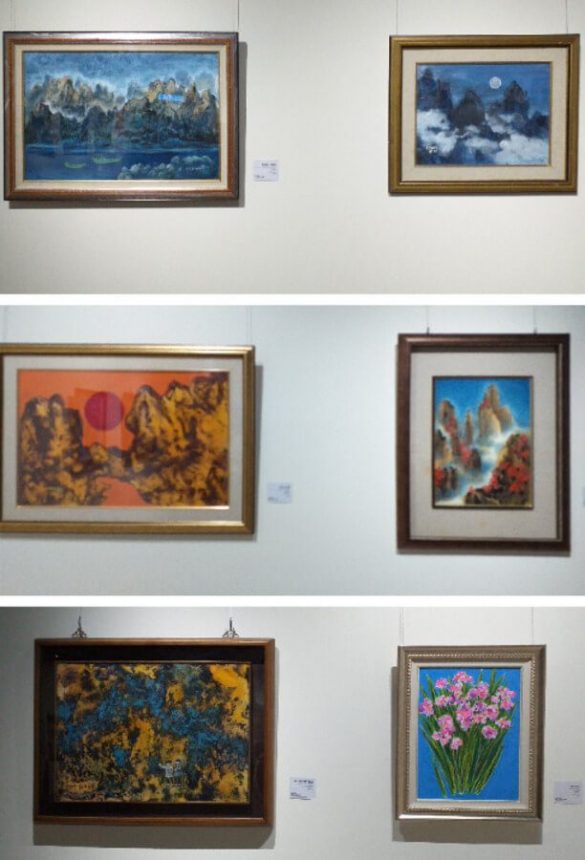 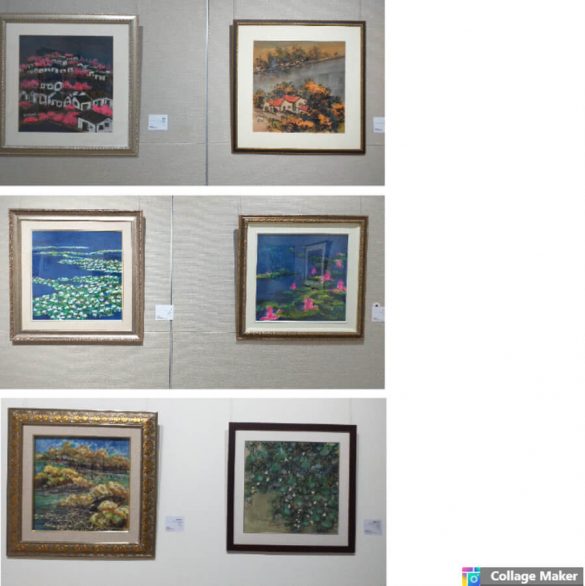 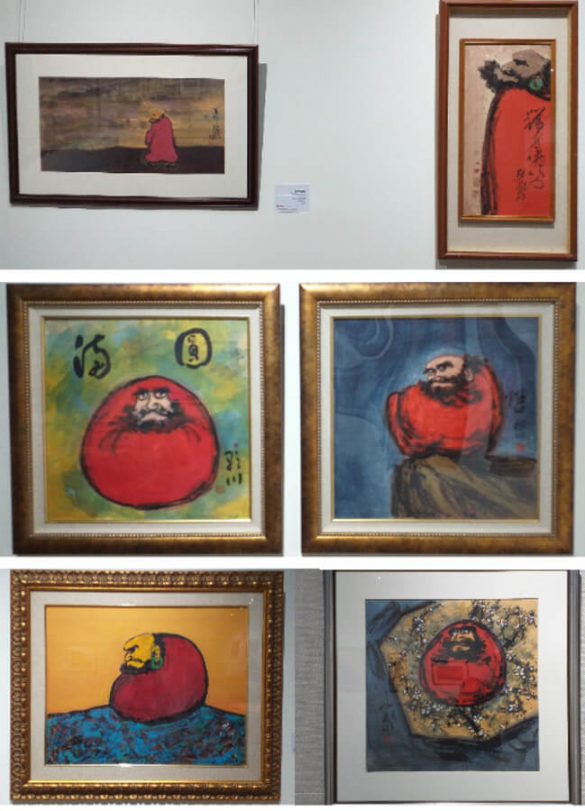 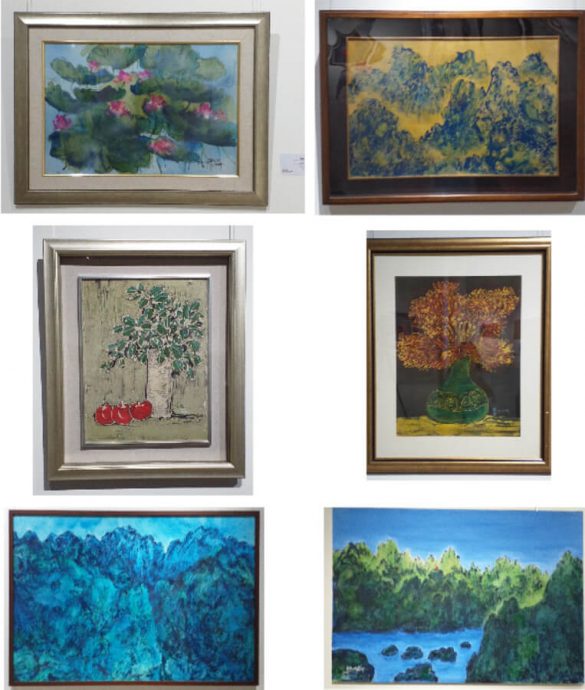 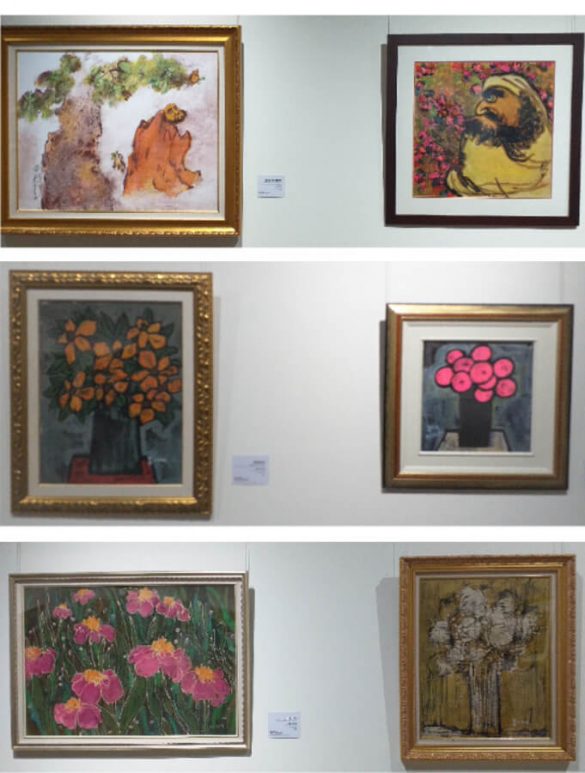