The 4th edition of the prestigious Monaco World Sports Legends Award, the Oscars of Sport, will take place on Friday 6 (Media Day) and on Saturday 7 December for the Award Ceremony and Gala Dinner-Show with Red Carpet held in the Salle D’Or of the Fairmont Monte Carlo.

A particular feature for the event, created and produced by Promo Art Monte-Carlo Production, is that of linking the sporting stars with entertainment, art, fashion and glamour, making the World Sports Legends Award Monaco a unique international showcase and an exclusive VIP red carpet: the Oscars of Sport.
The event will take place in partnership with the Hotel Fairmont Monte Carlo.
It will also benefit from the support of the Automobile Club de Monaco and as well of the partnership of the Sun Casino.
Between the Officials Partners of this year is the Swiss brand of luxury watches Century Time Gems.
Between the Partners are the Alphabet company, which operates in the Stationary sector, BMP Lugano Study & Consulting and Krystel Ann Art, Contemporary Art Agency.
RusMonaco is the Official Magazine of the WSLA for the second year.
Again this year, the list of those who will receive the World Sport Legend Award presents the greatest world sporting champions:

The WSLA Best Values Award for Community Support to Connie Henry for the Track Academy (Great Britain, Athletics)
The WSLA Posthumous Award will be given to a very famous Legend worldwide in the year of the inauguration of the national stadium of his nation named after him. The official announcement of his name will be done in his country soon…

These Sporting Legends will join the Awarded of the past Editions:

The prestigious Prize awards sporting champions, men and women, both active and retired, who have gained distinction not only for their sporting exploits but also for their example, which is an inspiration for the new generations. The special prize “Best Sports Values” awards an athlete who stands out for an exemplary sporting gesture which embodies sport’s ethical and moral values, or to well-known people for their community support through sport. The “Posthumous Awards” is conferred on great champions with legendary careers or to well-known people who operated in the sporting sector.

The Monaco World Sports Legends Award aims at promoting sport’s ethical and moral values as ideals to motivate others, especially the young, to excel.

The Awarded enter the Pantheon of the World Sports Legends through their handprints.

The event will be hosted in 5 languages by the international ballet star Lorena Baricalla, Ambassadress and Master of Ceremonies of the Monaco World Sports Legends Award.

The exclusive two-day event will highlight fashion and glamour.

For this the Master of Ceremonies Lorena Baricalla will wear for the different key moments, as the Talk Shows of the Media Day and for the Award Ceremony Show, more than 20 outfits realized by international brands.

Between them the Handmade in Italy couture dresses by Raquel Balencia, the innovative creations by Seyit Ares, the contemporary style by Eles Italia and Viktoriia Nosach.

Fabiana Gabellini will realize the costume for her artistic performance on stage.
Lorena Baricalla will wear as well the precious watches by the exclusive Swiss brand Century Time Gems.

The brand Eles Italia will also dress some VIP Guests on the red carpet and will realize the outfits for the Hostesses on stage.
As Monte-Carlo has always been a venue for the most famous Red Carpets, there will be special appearances by sports champions, well-known artists, celebrities and VIPs.
This year between the guests will attend: from the sporting sector numerous great champions as F1 driver Nico Hülkenberg, LMP2 driver Stéphane Richelmi and the WSLA Awarded of the past editions as Jutta Kleinschmidt and Dr. Claudio Costa (Best Values Award).

From the entertainment sector the American movie producer and director Julius R. Nasso, which will be awarded with a Lifetime Achievement in recognition of his worldwide successful martial arts and action  movies with Warner Bros and for his work in the entertainment sector. Nasso will attend with the international operatic tenor Vittorio Grigolo.

The Red Carpet will be decorated with the works “WSLA Art meets Sport”, created by the international artist Marcos Marin, Official Artist of the Foundation of HSH Prince Albert of Monaco, who also conceived the Oscar “statuette”.

The “Pantheon of the World Sports Legends” will be exhibited, reuniting the handprints which were created in previous years with the awarded champions during the “Handprints Show” with Marcos Marin.

In addition, Photo Shooting Sets will be created on the Red Carpet by Official Partners as Century Time Gems.

The Menu will be expressly created by Didier Aniès, Head Chef at the Fairmont “Meilleur Ouvrier de France”.

In accordance with the partnership with the Prince Albert II of Monaco Foundation, the undertaking is to highlight the use of local and seasonal products and to follow the Mr Goodfish programme for the sustainable consumption of seafood.

The program features on 6 December the Media Day. From 11,30am to 6pm will take place at the Fairmont Monte Carlo: the WSLA Talk Show “Sporting Stars: The Men or the Women behind the Champion” and “Show, Art and Fashion” hosted by Lorena Baricalla; the Handprints Show for the creation of the champions’ handprints by artist Marcos Marin; and the Art Show put on by Century Time Gems, Official Partner of the event.

As well the accredited Media will be able to ask for interviews.

On 7 December the Award Ceremony and Gala Dinner-Show preceded by the Red Carpet with Cocktail will be held in the Salle D’Or and Crystal Gallery of the Fairmont Monte Carlo.

The prestigious evening will end with the After Ceremony Red Carpet and the WSLA Party at the Sun Casino Lounge.

The WSLA is an event which is enjoying ever greater success, and only three years since its inception, it is worth noting that on its 14 social networks and web channels, the photos and videos of the Oscars of Sport attract round 4,900,000 unique views per year.

THE OSCARS OF SPORT

PROGRAM
The program for the 2019 edition plans for a 2-day event: 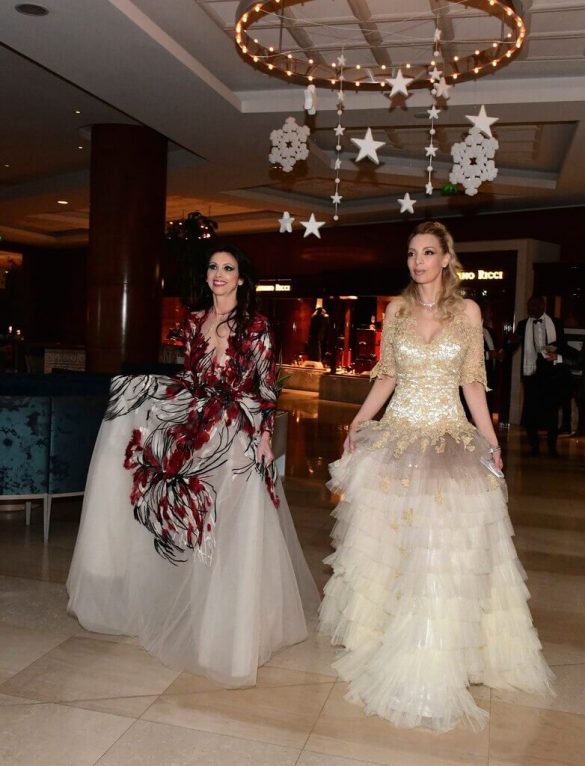 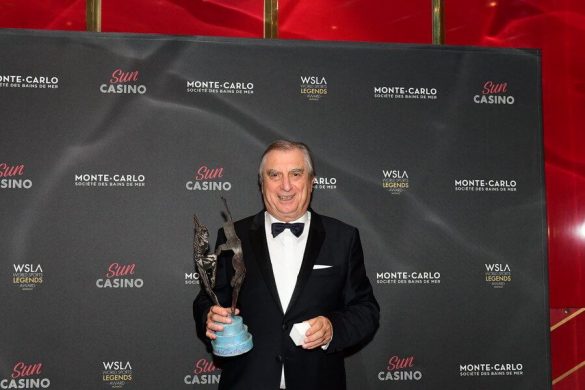 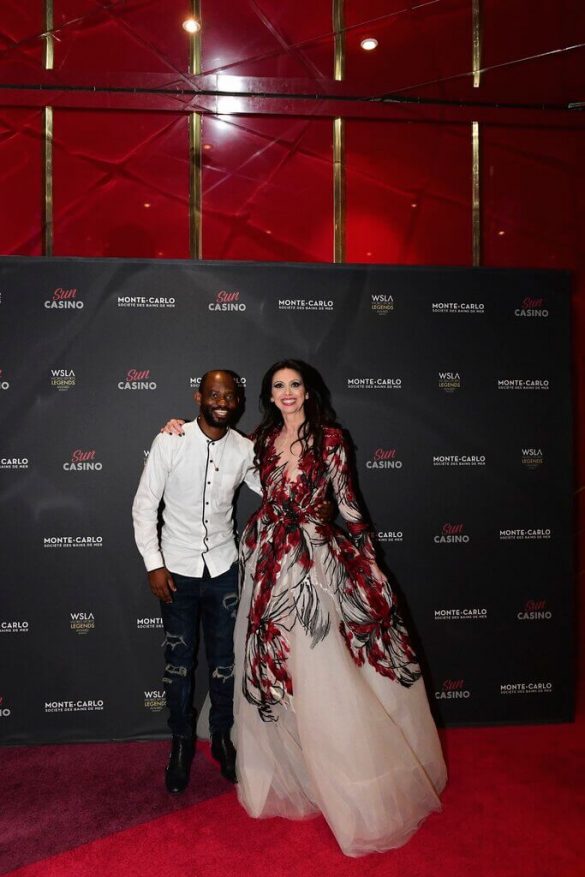 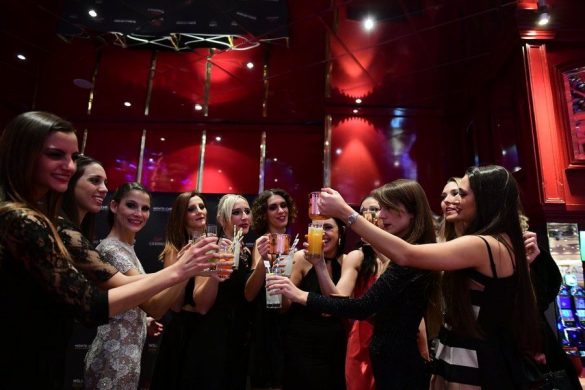 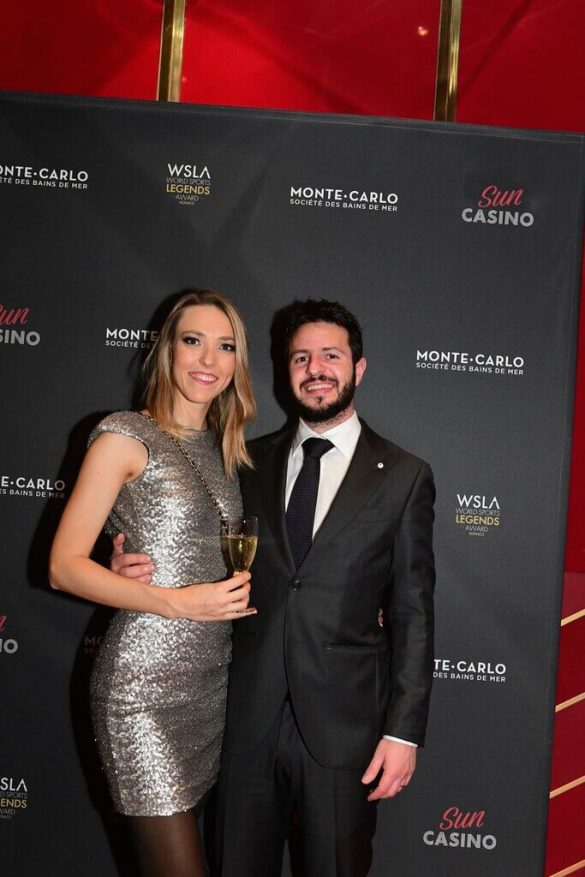 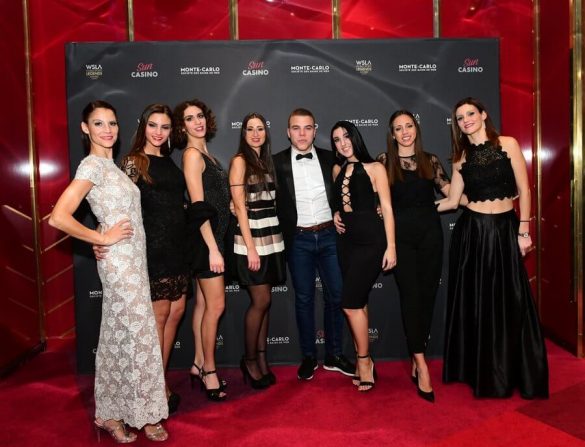 Leading personalities from the world of cinema and...