The Monaco World Sports Legends Award (www.worldsportslegendsaward.com), now in its fourth edition, has gained more and more importance becoming one of the most awaited events in Monte Carlo and, this year, will take place on December 6th and 7th, 2019 at the prestigious Hotel Fairmont Monte Carlo.
The annual event, conceived and produced by Promo Art Monte-Carlo Production (www.promoart-montecarlo.com), has an original and decidedly winning format, combining sport with entertainment, art, fashion and glamour, making the Monaco World Sports Legends Award a unique and international showcase: the Oscars of Sport. Ambassador and Master of Ceremonies of the event will be, as usual, the international étoile Lorena Baricalla (www.lorenabaricalla.com) who, on December 6th (Media Day), will present the talk shows and on December 7th will be the protagonist of the Gala: an elitist VIPs’ Red Carpet at the Galerie Cristal, an excellent Dinner at the Salle D’Or during which the Ceremony Award will take place and not only…
A moment of silence and suddenly an explosion of energy will invade the hall.  For those who love dance, music, great shows by the Las Vegas style, this is the highlight of the evening: the star Lorena Baricalla’s live performance. Those who appreciate fashion, will enjoy an immersion in the unmistakable style by Fabiana Gabellini who, for the occasion, has designed and created a sparkling stage outfit, by the captivating, sensual and chic allure.
The fashion designer, thanks to her great sartorial skill combined with her know-how in the creation of theatrical costumes, will allow fashion to enter the show so that the show also becomes a hymn to fashion.
Lorena Baricalla: étoile, actress, singer and choreographer is considered a true fashion icon and, although she is testimonial for famous international brands, with her artistic sensibility and experience she also recognizes and supports new talents in dance and fashion.
Fabiana Gabellini and Lorena Baricalla share the love for fashion as art and, as such, each dress becomes for both a stage costume on the stage of life, each creation is an artistic expression that allows, both for those who create it and for those who wear it, to better express their personality.
The Fabiana Gabellini outfit for Lorena Baricalla is, of course, made exclusively for the extraordinary 2019 Monaco World Sports Legends Award: a Haute Couture masterpiece with a modern and extremely glamorous touch. The Awards, realized by Marcos Marin, will be presented sporting champions, men and women, both active and retired, who have distinguished themselves not only in their sporting exploits but also for their example as inspiring role models for the new generations. The Monaco World Sports Legends Award aims to promoting sport’s ethical and moral values as ideals to motivate others, especially the young, to excel. The Awarded will enter the Pantheon of the World Sports Legends through their handprints. 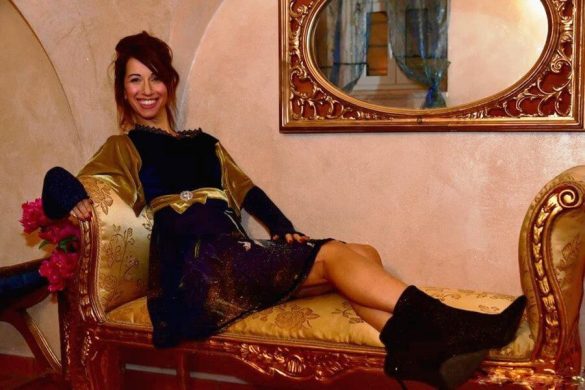 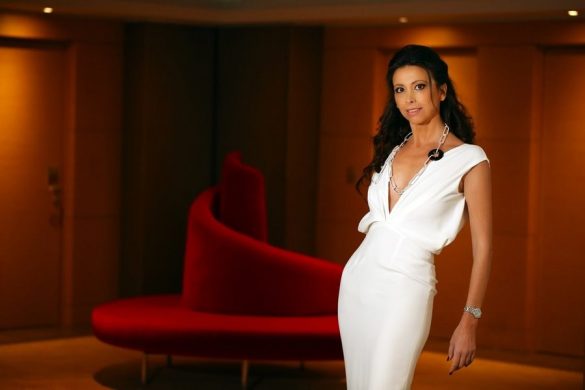