Following the 2020 Golden Globe Awards and in light of the devastating fires sweeping across Australia, Sydney born Creative Director, Tamara Ralph, and Brisbane born CEO, Michael Russo, have pledged in collaboration with British actress, Phoebe Waller-Bridge, to auction a special Ralph & Russo couture look in aid of the environmental disaster and the firefighters tirelessly battling the bushfires.
With the couture look Phoebe Waller-Bridge wore on the red carpet to collect her Golden Globe for ‘Best performance by an Actress in a Television Series – Musical or Comedy‘ due to be auctioned, all proceeds will be donated to the following four non-profit organisations: WIRES Wildlife Rescue, Red Cross Australia, NSW Rural Fire Service and Wildlife Warriors.
Creative Director, Tamara Ralph, and CEO, Michael Russo, commented: “Being both from Australia originally and with much of our family still resident across the region, it is with a heavy heart that we watch and hear the news of the terrible fires currently engulfing such large areas of our homeland. With Australia remaining so close to our hearts, we are delighted to stand next to Phoebe to support relief efforts with this special auction”.
Ralph and Russo added: “We continue to keep our beautiful home country in our thoughts, and hope that alongside our own contribution, the donations and support being rallied worldwide will improve the situation significantly, and soon”.

Further details to follow on the date and location of the auction.

Please note that the look worn by Phoebe and due to be auctioned is a black Chantilly lace tailleur, featuring a silk duchess tuxedo lapel and geometric black and gold ribbon appliqué from the Ralph & Russo Autumn-Winter 2019/20 couture collection – pictured below for reference. 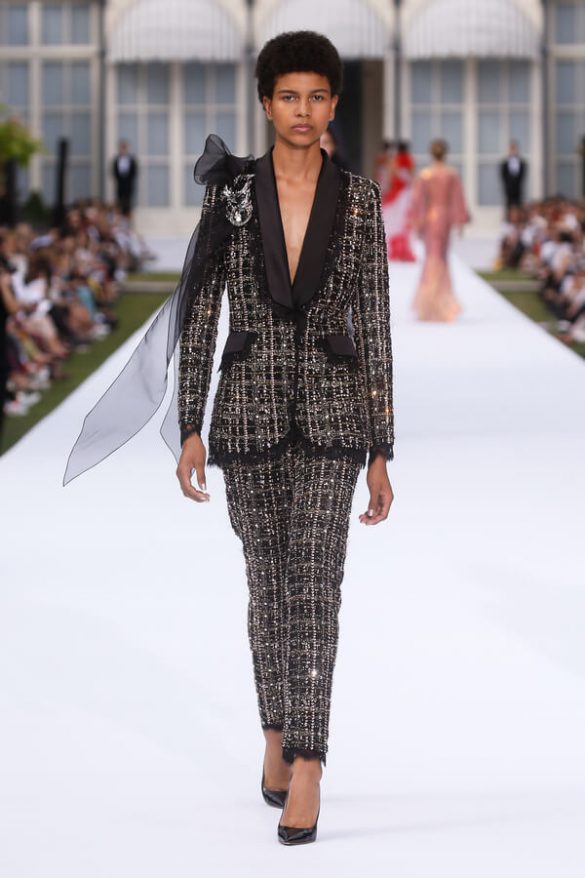 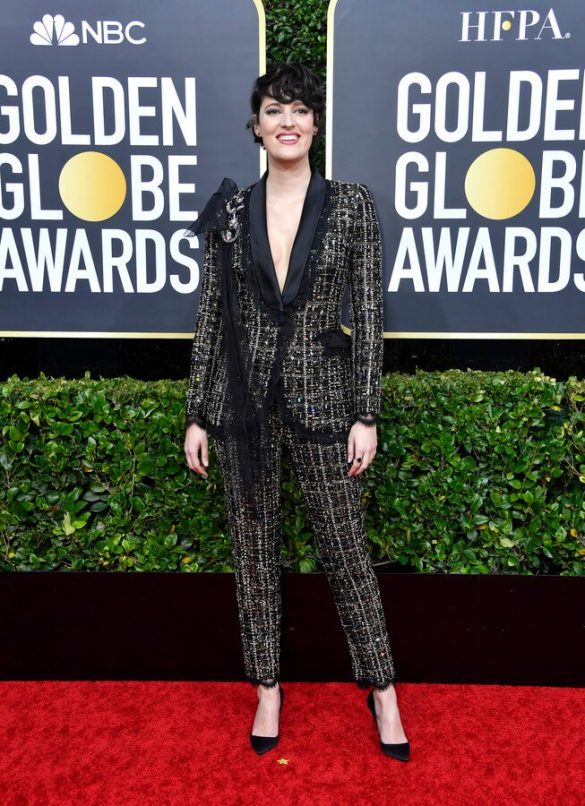 An endless moment of colors and scents for...